Early Studies of the Maitake Mushroom

The medicines developed by ABVC for oncology disorders are based on research conducted in Asia over the past 25 years, as well as a Phase I/II dose escalation trial performed in 2017 at the Memorial Sloan Kettering Cancer Center (“MSKCC”) in New York to determine the therapeutic effects of an ingredient (BLEX 404) derived from the Maitake mushroom.

Researchers in Asia and the United States have demonstrated that this mushroom, which is widely popular in China, has the following effects:

In addition, experiments conducted in Japan using a mice chemotherapy model demonstrated a reversal of immune suppression and enhancement of bone marrow growth and differentiation were both enhanced.

In the first MSKCC study, 34 postmenopausal breast cancer patients, enrolled sequentially in five cohorts of 0.1, 0.5, 1.5, 3, or 5 mg/kg BID for 3 weeks, became free of the disease after initial treatment. There was no dose-limiting toxicity observed in any of the patients, while both immunologically stimulatory and inhibitory measurable effects in collected peripheral blood from patients were detected.  Another Phase II trial at MSKCC examined the effects of Maitake on innate immune function in 21 myelodysplastic syndromes (MDS) patients. The patients were administered BLEX 404 Oral Liquid at 3 mg/kg BID for 12 weeks. Results of the study showed that Maitake was well-tolerated, enhancing in vitro neutrophil and monocyte function, illustrating beneficial immunomodulatory in MDS.

On August 25, 2017, ABV-1703’s Phase II trial was approved by the U.S. FDA. The trial will be conducted at Cedar Sinai Medical Center as the first of a series of Phase II studies to determine the efficacy and safety of these combined drugs as well as the most effective dose level. While the sites and principal investigators for the Company’s additional oncology medicines have yet to be determined, ABVC anticipates clinical studies for ABV-1519 for non-small cell lung cancer and ABV-1501 for triple negative breast cancer will be initiated in Q3 2023. The clinical study for ABV-1702 for myelodysplastic syndrome is expected to start in Q4 of 2023. The Company plans to submit ABV-1703’s Phase II clinical trial IND to the Taiwan FDA after commencing clinical trials in the United States.

ABVC BioPharma is a clinical-stage biopharmaceutical company with an active pipeline of six drugs and one medical device (ABV-1701/Vitargus®) under development. For its drug products, it is focused on utilizing its licensed technology to conduct proof-of-concept trials through Phase II of the clinical development process at world-famous research institutions (such as Stanford University, University of California at San Francisco, and Cedars-Sinai Medical Center). For Vitargus®, the company intends to conduct the clinical trials through Phase III at various locations throughout the globe.

This press release contains “forward-looking statements.” Such statements may be preceded by the words “intends,” “may,” “will,” “plans,” “expects,” “anticipates,” “projects,” “predicts,” “estimates,” “aims,” “believes,” “hopes,” “potential,” or similar words. Forward-looking statements are not guarantees of future performance, are based on certain assumptions, and are subject to various known and unknown risks and uncertainties, many of which are beyond the Company’s control, and cannot be predicted or quantified, and, consequently, actual results may differ materially from those expressed or implied by such forward-looking statements. Such risks and uncertainties include, without limitation, risks and uncertainties associated with (i) our inability to manufacture our product candidates on a commercial scale on our own, or in collaboration with third parties; (ii) difficulties in obtaining financing on commercially reasonable terms; (iii) changes in the size and nature of our competition; (iv) loss of one or more key executives or scientists; and (v) difficulties in securing regulatory approval to proceed to the next level of the clinical trials or to market our product candidates. More detailed information about the Company and the risk factors that may affect the realization of forward-looking statements is set forth in the Company’s filings with the Securities and Exchange Commission (SEC), including the Company’s Annual Report on Form 10-K and its Quarterly Reports on Form 10-Q. Investors are urged to read these documents free of charge on the SEC’s website at http://www.sec.gov. The Company assumes no obligation to publicly update or revise its forward-looking statements as a result of new information, future events or otherwise. 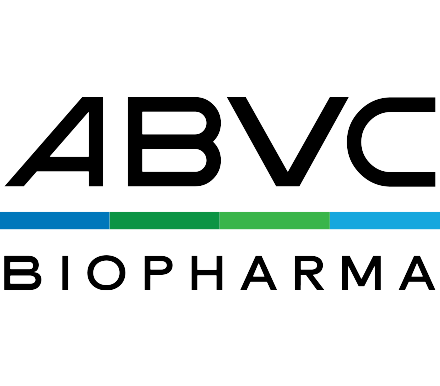