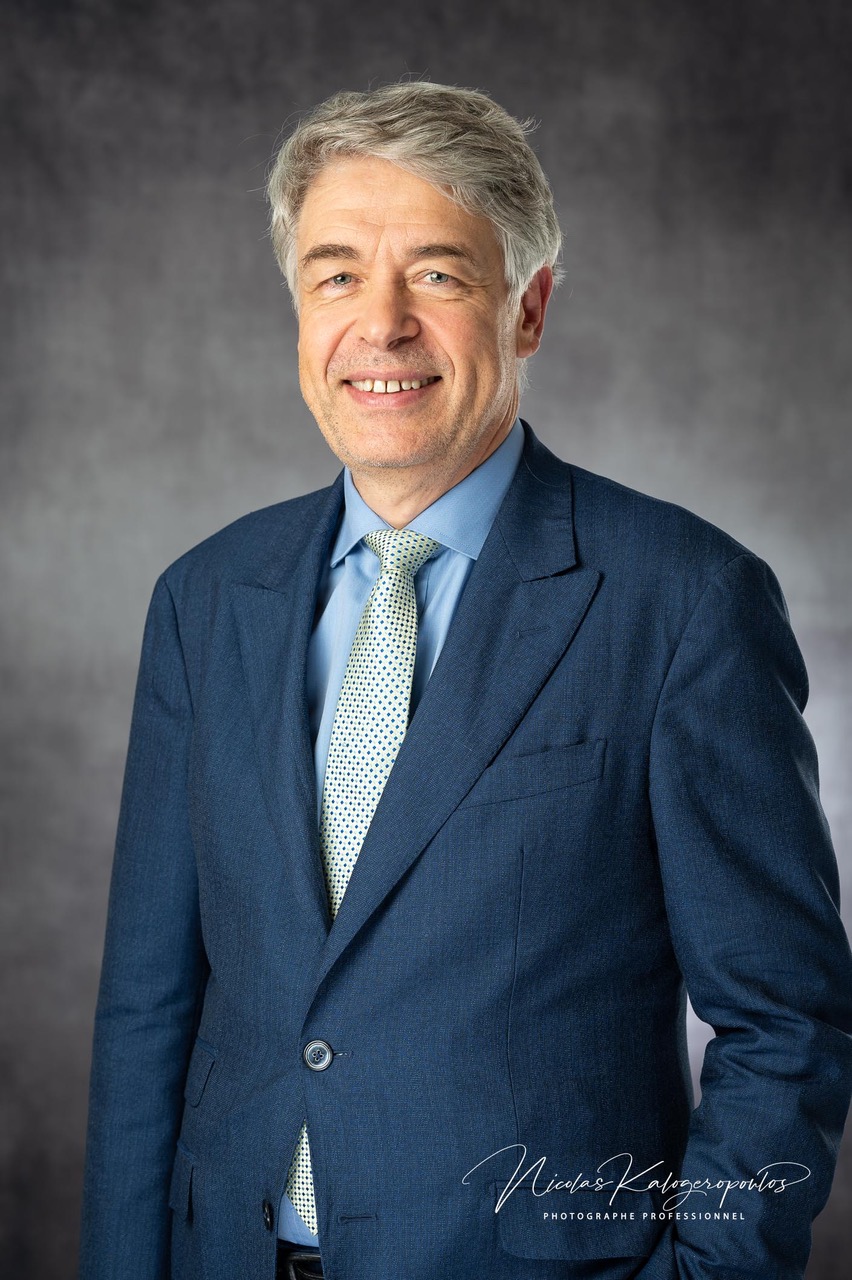 (NewMediaWire) - November 07, 2022 - CHICAGO — Ramping up medication doses quickly after being hospitalized for acute heart failure resulted in a lower risk of dying or being readmitted for heart failure within the first six months after discharge, compared to usual care, according to a featured science research presentation today at the American Heart Association’s Scientific Sessions 2022. The meeting, held in person in Chicago and virtually, Nov. 5-7, 2022, is a premier global exchange of the latest scientific advancements, research and evidence-based clinical practice updates in cardiovascular science.

“The American Heart Association and the European Society of Cardiology both recommend that patients hospitalized with acute heart failure should receive optimal doses of three main classes of heart failure medicine (beta-blockers, renin-angiotensin inhibitors/angiotensin receptor-neprilysin inhibitors, and aldosterone inhibitors) and regular follow-up visits post-discharge,” said Alexandre Mebazaa, M.D., Ph.D., the study’s lead researcher and a professor of anesthesia and critical care at Université de Paris and chair of the department of critical care at Assistance Publique Hôpitaux de Paris, both in Paris, France. “However, low implementation of guideline-directed medical therapies has been a major problem for decades, and previous studies have found that optimal doses of these medications are only administered in 1% of heart failure patients in the U.S. Some studies also suggest that women are less likely than men to receive optimal therapy.”

The STRONG-HF (Safety, Tolerability and Efficacy of Rapid Optimization, helped by NT-proBNP testinG, of Heart Failure Therapies) trial is the first study designed to follow people with heart failure after hospital discharge with more frequent follow-up visits that included a comprehensive clinical exam and lab tests to assess whether rapid optimization of oral heart failure medications improved clinical outcomes. Optimizing medications includes providing the maximum recommended dose and best-tolerated combination of the guideline-recommended medicines to reduce the risk of death and additional hospitalizations.

This multicenter study was conducted at nearly 90 sites worldwide between 2018 and 2022 and enrolled more than 1,000 people hospitalized for acute heart failure. Participants had a median age of 63 years, 61% were male, and 77% were white. Nearly 30% of patients had diabetes (with and without insulin dependence), and over 40% had atrial fibrillation.

Study participants were randomized to receive either usual care (536 people) or high-intensity care (542 people) just before they were discharged from the hospital. Patients enrolled in the usual care group were discharged and treated according to local medical standards, with follow-up and management of heart failure medications provided by the patient’s general physician and/or cardiologist. They were first evaluated by the study team 90 days after their hospital discharge.

In the high-intensity care group, participants initially received 50% of the maximum recommended doses of three oral heart failure medications before hospital discharge. Their doses were increased to 100% of the recommended dose by two weeks after discharge. The study team monitored the high-intensity group closely for the first 6 weeks to ensure it was safe to increase their doses. They were assessed at 1, 2, 3 and 6 weeks with a physical exam and blood tests to measure kidney function, levels of sodium, potassium, glucose, hemoglobin and N-terminal pro-B-type natriuretic peptide (NT-proBNP), a marker of heart failure and congestion.

Mebazaa said, “Some heart failure therapies may cause adverse side effects, such as decreased blood pressure, reduced heart rate, worsening kidney function or increased fluid accumulation. We started treatment with half the recommended dose of each of the three standard heart failure medication classes while patients were still in the hospital so we could ensure that they tolerated the lower doses and to determine if it was safe to increase the dose of each medication post-discharge.”

The study aimed to compare the rates of death or repeat hospitalization between the two groups at 180 days after hospital discharge.

After reviewing these results, the study’s data and safety monitoring board recommended early termination of the trial, stating that it would be unethical to withhold the intensive treatment from both current and future study participants.

“The high-intensity care strategy required an average of five visits within three months post-discharge, compared with one visit in usual care,” said Mebazaa. “Other reasonably sized and powered studies have examined intense follow-up, however, there was no impact on death rates or hospital readmission. More follow-up visits alone do not appear effective without rapidly increasing guideline-directed medicines to maximally tolerated doses.”

He added, “Patients in the high-intensity care group also reported improved quality of life, suggesting that this treatment strategy has benefits beyond mortality and hospital readmissions.”

The study has several limitations to consider, including the change from 90-day to 180-day follow-up to increase enrollment due to the low event rate. However, a statistical assessment indicated the results are the same even if participants enrolled before the change were removed from the analysis. Second, the study was stopped early due to the large benefit for participants in the high-intensity group indicating it would be unethical to continue putting patients in the usual care group. Third, this study was not blinded, which may have affected the perceptions of the study team. Fourth, the causes of hospital readmissions were not examined by the whole team. And lastly, the study was designed before a fourth class of heart failure medicine, sodium-glucose cotransporter-2 (SGLT-2) inhibitors, were approved for treating heart failure, and those medications were used only late in the study and not prescribed to most patients.

STRONG-HF is an investigator-initiated study sponsored by Heart Initiative and supported by a grant from Roche Diagnostics International, Ltd.

Statements and conclusions of studies that are presented at the American Heart Association’s scientific meetings are solely those of the study authors and do not necessarily reflect the Association’s policy or position. The Association makes no representation or guarantee as to their accuracy or reliability. Abstracts presented at the Association’s scientific meetings are not peer-reviewed, rather, they are curated by independent review panels and are considered based on the potential to add to the diversity of scientific issues and views discussed at the meeting. The findings are considered preliminary until published as a full manuscript in a peer-reviewed scientific journal.

The American Heart Association’s Scientific Sessions 2022 is a premier global exchange of the latest scientific advancements, research and evidence-based clinical practice updates in cardiovascular science. The 3-day meeting will feature more than 500 sessions focused on breakthrough cardiovascular basic, clinical and population science updates occurring Saturday through Monday, November 5-7, 2022. Thousands of leading physicians, scientists, cardiologists, advanced practice nurses and allied health care professionals from around the world will convene virtually to participate in basic, clinical and population science presentations, discussions and curricula that can shape the future of cardiovascular science and medicine, including prevention and quality improvement. During the three-day meeting, attendees receive exclusive access to more than 4,000 original research presentations and can earn Continuing Medical Education (CME), Continuing Education (CE) or Maintenance of Certification (MOC) credits for educational sessions. Engage in Scientific Sessions 2022 on social media via #AHA22. 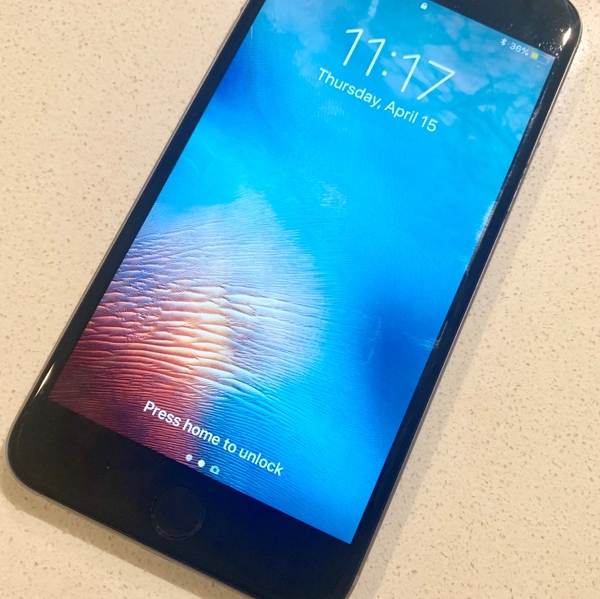 Smartphone app may help identify stroke symptoms as they occur