Orphan is the New Orange: Part 2020 -- One Actress, Thirteen Characters, NO CREW and One Crazy-Eyes Year -- Aegis Creative Media 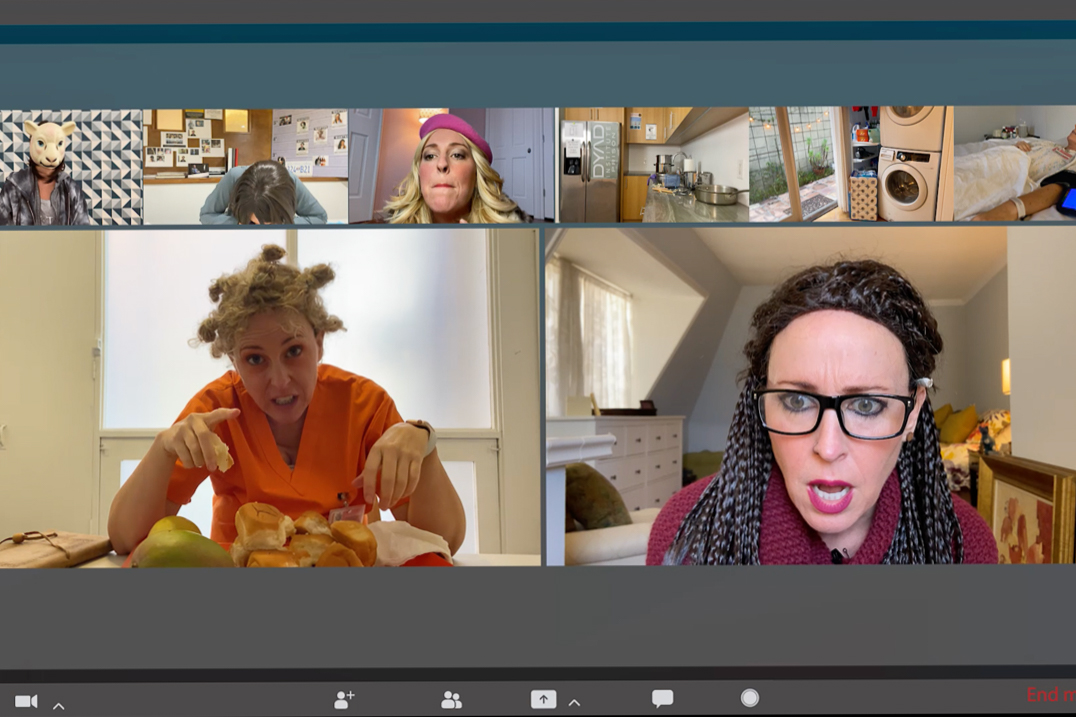 Due to COVID-19, most of the LEDA clones are released from Dyad Institute Prison and are forced to stay connected through their weekly virtual 12-step meeting: Clone-Anon.

Jennifer Sorenson wrote, directed, produced and played thirteen roles in the short comedy. She also served as cinematographer, sound/production/make-up and costume designer, since she was the only one “on set”. Classic 2020.

“I’ve been wanting to make a sequel for years,” said Sorenson. Collectively, the original “Orphan is the New Orange” videos have over three million views. “Then COVID hit and along with the rest of the world, I was on Zoom. That’s when I had the idea of how to make a sequel.”

However, being a one-woman band wasn’t easy. Sorenson filmed everything in one week, playing two to four characters a day.

“I had some remote help from my producers, but for the most part I was on my own. After I lit and set dressed a shot, I’d test it, go put on my wig, make-up and costume, test the shot again, start sound and camera and I’d forget who I was playing! It got a little crazy.”

As the saying goes in “Orphan Black”:

SHE IS ALL OF THEM!

NewMediaWire distributes press releases on behalf of hundreds of publicly traded companies, as well as private corporations, non-profits and other public sector organizations. Founded and staffed by industry veterans, we offer a full complement of services including specialized delivery to financial sites and posting of photos and multimedia content. In addition, NewMediawire offers international and specialized services such as IR websites and industry specific distribution.