(NewMediaWire) - October 22, 2019 - ReelTime Media (OTCPK:RLTR) has become the exclusive marketing agency of record and production partner for the Baristas Coffee (OTCPK:BCCI) / Ben & Jerry’s partnership agreement with Unilever www.unilever.com and Ice Cream Now developing and implementing a network to deliver Ben and Jerry’s ice cream and Baristas Coffee products to homes and businesses throughout America. ReelTime Media will handle all aspects of creative and production of a multimedia campaign that is expected to include advertisements and promotions on TV, radio, print, social media, out of home, and new digital media. 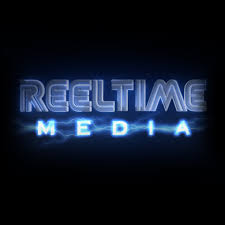 The program is scheduled to begin rolling out in November 2019 initially in the Seattle, WA area focusing on the “couch moments” when consumers most order desserts and the “craving coffee” periods.

“Ben & Jerry’s https://www.benjerry.co.uk/ operates on a three-part mission that aims to create linked prosperity from everyone that’s connected to our business. From marriage equality to cow-friendly farming, there are many issues we hold close to our hearts.” Ben & Jerry’s

Coffee is the number one beverage consumed in America and Ice cream is the top ordered dessert 55% followed by brownies at a distant 28%. The two have long been a favorite pairing. Ben & Jerry’s is the No.1 super-premium brand in the US and Baristas Coffee is the nation's No.1 brand for white coffee single-serve cups compatible with the Keurig 2.0 brewing system. Reportedly 86% of consumers in the US utilize home delivery at least once per month and cite convenience as the No.1 factor.

Baristas www.baristas.tv recently began production of the new coffee entitled "Baristas Harmony" that blends white and black coffee equally creating a smooth blend, encompassing the robust flavor of its Espresso Roast, with the smooth nutty flavor of its White Coffee with a kick.   Baristas Harmony is a special blend that not only tastes great, unlike any other coffee on the market but also contains a message to take a minute and reflect on "Harmony" long enough to enjoy a cup of truly special coffee.

Barry Henthorn CEO stated: "The opportunity to work on the Baristas and Ben & Jerry’s partnership as the exclusive media partner is a very big opportunity to showcase the revolutionary capabilities that ReelTime Media has to gain exposure and drive consumers to products at a fraction of the cost of placing traditional media. The advanced capabilities of creating metrics that drive positive ROIs for our customers coupled with the ability to blend in new and emerging media is causing a shift in the way companies are evaluating their media campaigns.”

About Ben & Jerry's:  Ben & Jerry’s is an American company that manufactures ice cream, frozen yogurt, and sorbet. It was founded in 1978 in Burlington, Vermont, and sold in 2000 to British-Dutch conglomerate Unilever. Today it operates globally as a fully owned subsidiary of Unilever. Its present-day headquarters is in South Burlington, Vermont, with its main factory in Waterbury, Vermont.

About Unilever: Unilever is a British-Dutch transnational consumer goods company co-headquartered in London, United Kingdom, and Rotterdam, Netherlands. Its products include food and beverages, cleaning agents, beauty products, and personal care products. It is Europe’s seventh most valuable company.

About Baristas Coffee Company: Baristas is a publicly traded national Coffee Company that is recognized throughout the US. It currently produces and sells coffee related products under the Baristas brand. The Baristas White Coffee single-serve cups compatible with the Keurig 2.0 brewing system is the bestselling product in its category. Baristas also markets other coffee-related products. Baristas gained mainstream exposure when it became the subject of "Grounded in Seattle" the reality show special feature which aired on WE tv. It has been featured nationally including during Shark Tank on CNBC with Front Montgomery, CNN, ESPN, Food Network, Cosmopolitan Magazine, Forbes Magazine, Modern Living with Kathy Ireland, Sports Illustrated, NFL Monday and Thursday Night Football with Megs McLean, at NASCAR Races, The Grammys, NBA TV, and other notable media

About ReelTime Rentals, Inc. d/b/a ReelTime Media: www.reeltime.com, is a publicly-traded company based in Seattle, WA (OTCPK:RLTR). ReelTime Media provides end to end production capabilities and discount media purchasing that is redefining how companies are evaluating and purchasing their TV, radio, print, and other new media. ReelTime is also is in the business of developing, producing and distributing Virtual Reality Content and technologies. We have an end to end production, editing, and distribution capabilities for internal and external projects. ReelTime Currently produces three ongoing series for the Samsung Gear VR platform and distributes them over numerous VR delivery portals including Gear VR, Oculus, Veer VR, HTC Vive, YouTube 360, Facebook, and others. ReelTime Media also publishes the book "It Was Always Me Edward Edwards the most Prolific Serial Killer of all time" which has been the subject of a cover story on People Magazine, Rolling Stone, In Touch, and a six-part series on Paramount network, www.itwasalwaysme.com.