Texas Mineral Resources Corp. (TMRC), an exploration company currently targeting the heavy rare earths, industrial and technology metals through its 20% ownership interest in the Round Top Mountain project in Texas and ongoing exploration initiatives, is pleased to announce that preliminary analysis of multiphase geophysical investigation of high-grade silver veins in the Black Hawk District, Grant County, New Mexico yields positive results.  A link to a slide deck summarizing the positive results may be found here:  https://bit.ly/3oxfxci

The Black Hawk District, located near Silver City in southwestern New Mexico, is well known for the occurrence of well-defined high-grade bodies of native silver, containing significant amounts of U.S. Government-designated Critical Minerals: nickel, cobalt, and arsenic as well as uranium. Within these mineralized lenses, silver grades as high as 20% have been reported in the past. These reported, extremely high grades are in keeping with the historical records of production from this unique geologic type of deposit, which include well known districts like Cobalt, Ontario; Port Radium, NWT;  Annaberg  and Freiberg, Saxony; and Jachymov in the Czech Republic, all of which were prolific silver districts. The Black Hawk District was active in the 1884-1894 period during which time the Black Hawk and the Alhambra mines accounted for most of the production.

Because of the high concentrations of native silver in the core zones of the ore shoots, it was postulated that they would be electrically conductive. If a geophysical technique could be designed to work at the small scale required, it would be feasible to pinpoint these ore shoots and efficiently develop and mine them. Existing samples of ore from the district and the enclosing wall rocks were tested for their electrical properties, the positive results of which were reported in our press release of February 2021. The area best suited to begin geophysical exploration is the Alhambra-Gabel trend.  Favorable topography, established record of high-grade production, relatively shallow depth of the workings and reliable first hand witness of high-grade silver present in all levels argued for this mine to be the site of the first development.

In March 2021, a scoping-scale IP/Resistivity survey was completed over parts of the Alhambra and adjacent Gabel veins. This survey showed strong anomalies, and in general conformed to the geology of the area. Strong-to-medium, linear and vertical resistivity lows and IP highs were thought to mark potentially mineralized structures. However, it was felt the scale was too large to precisely define the targets of interest.

After conferring with Dr. Tom Weiss, consulting geophysicist, and management of Zonge Intl., TMRC  elected to employ a variation of Time Domain Electromagnetic (TDEM) surveying, initially designed to  locate buried metal objects such as tanks, pipelines, well casings and unexploded ordinance, marketed by Zonge under the name of NanoTEM™.  We believed that the concentration of silver and other electrically conductive minerals in the veins was high enough to respond to this technology.

Raw TDEM data from the June 2021 survey work was processed by Computational Geosciences Inc. (CGI), Vancouver, BC.  Results were encouraging. Lines were carefully laid out, surveyed and brush cut to facilitate accurate station placement in order to reduce noise and improve signal quality. The initial “scoping” survey had indicated anomalous conductivity along the southeast margin of Alhambra current loops and the Phase 2 arrays were extended 250 feet to the east-south-east to cover this area. This follow up survey was completed in February 2022.

“Analysis of field data completed to date covers just 10% of the area surveyed but already surpasses our expectations,” said Dan Gorski, CEO of TMRC.  “Keeping in mind that trenching and drill testing is necessary to confirm these geophysical features, the identification of three shallow targets, within the first three loops analyzed, bodes well for this project. All targets presently identified lie within 75 feet of the surface. Shallow, high-value targets and low-cost exploration are a material advantage. It is significant that the targets thus far identified are in areas where veins have not previously been mapped. We are confident that further refinement of this technique will sharpen its resolution and increase its definition and depth capabilities. If these ore shoots are verified by targeted drilling, we will have a strong case to deploy TDEM across the entire Black Hawk District.”

“This is a story of advanced technology applied to a known, historic mining district,” added Anthony Marchese, Chairman of TMRC.  “TDEM requires minimal site preparation and no mechanized equipment.  Compared with statistical drilling, its cost is minimal, and it allows us to produce a very detailed map for targeted drilling.  It’s fair to say that TDEM will allow us to explore the full District in a fraction of the time and at a fraction of the cost of traditional exploration programs. In view of the success thus far and its long-term potential profit implications, TMRC has decided to establish a new subsidiary,  Standard Silver Corp,  in order to hold all assets outside of the Round Top project and allow Standard Silver to establish its own capital structure.”

The Black Hawk District is relatively large, extending two miles in the northeast-southwest direction and approximately one mile in the northwest-southeast dimension. Geologic mapping done by the US Geologic Survey (USGS) in the 1950’s identifies 157 veins, 27 of which show silver or uranium mineralization at the surface. Soil cover is extensive in the area and exposures of these veins is poor, making it likely that more veins are present but undetected.

In the 1890’s, early mining at the Black Hawk and Alhambra exploited a series of ore shoots that initially outcropped and were locally bunched together. Because of randomly distributed, well-defined high grade ore bodies with no apparent spatial arrangement, traditional methods of statistically drilling the vein with angled holes from the surface has proven unsuccessful.

Active research directed by Dr. Weiss in conjunction with CGI and Zonge International is being carried on in order to improve resolution and depth capability and to tailor this technology to the conditions at Black Hawk.

Texas Mineral Resources Corp.'s primary focus is to develop and commercialize, along with its joint venture operating partner USA Rare Earth LLC, the Round Top heavy-rare earth, technology metals, and industrial minerals project located in Hudspeth County, Texas, 85 miles southeast of El Paso, in which TMRC owns a 20% interest and USA Rare Earth owns an 80% interest. Additionally, the Company is developing other domestic mining projects in precious and industrial metals as well as critical minerals.  The Company’s common stock trades on the OTCQB U.S. tier under the symbol “TMRC.”

The United States Securities and Exchange Commission ("SEC") limits disclosure for U.S. reporting purposes to mineral deposits that a company can economically and legally extract or produce and that are compliant with SEC Industry Guide 7. Investors are cautioned not to assume that any part or all of the proposed project in the Black hawk Mining District as contemplated in the letter agreement contains any mineral deposits that will ever be converted into resources or that any inferred mineral resource or measured and indicated resources exists or is economically or legally mineable. The proposed project does not contain any known proven or probable ore reserves or mineral resource compliant with SEC Industry Guide 7 reporting standards. Investors are urged to consider closely the disclosure set forth in TMRC’s latest reports filed with the SEC.

This press release contains forward-looking statements within the meaning of the U.S. Securities Act of 1933, as amended, and U.S. Securities Exchange Act of 1934, as amended, including, but not limited to, statements regarding  the potential development, economic feasibility, resource, grade and other mineralization characteristics, and drilling and exploration methods that may be utilized in potential exploration of the Black Hawk Mining District  project. When used in this press release, the words “potential,” “plans,” “indicate,” “expect,” “intend,” “hopes,” “believe,” “may,” “will,” “if, “anticipate,” and similar expressions are intended to identify forward-looking statements. These statements involve known and unknown risks, uncertainties and other factors which may cause the actual results, performance or achievements of the Company to be materially different from any future results, performance or achievements expressed or implied by such statements. Such factors include, among others, uncertainty of mineralized material and mineral resource estimates, risks to projected and estimated economics not reflecting actual economic results due to the uncertainty of mining processes, potential non-uniform sections of mineralized material, potential mining hazards and accidents, changes in equipment and labor costs, changes in projected mineral prices and demand, competition in the mining industry, risks related to project development determinations, the inherently hazardous nature of mining-related activities, potential effects on the Company's operations of environmental regulations, risks due to legal proceedings, liquidity risks and risks related to uncertainty of being able to raise capital on favorable terms or at all, as well as those factors discussed under the heading "Risk Factors" in the Company's latest annual report on Form 10-K as filed in November 2021 and other documents filed with the U.S. Securities and Exchange Commission. Except as required by law, the Company assumes no obligation to publicly update any forward-looking statements. 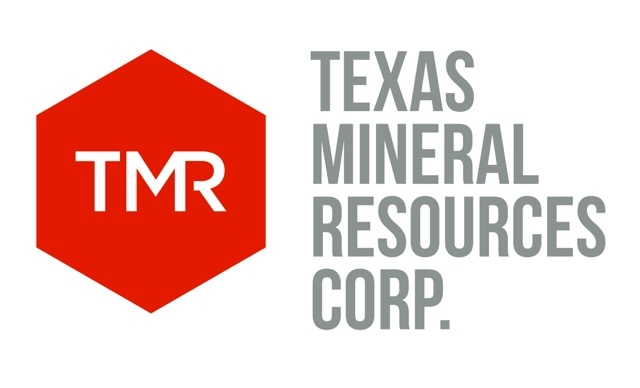