(NewMediaWire) - July 20, 2016 - Effective strategies for preventing system failures on subway and electric rail systems have been hindered due to the inability of current technologies to predict future problems. New products being developed in a partnership between The University of Akron and Exacter, Inc. are changing everything. "We've developed predictive maintenance sensors based on proven, patented technologies that will help transportation authorities identify early signs of failure on the electric infrastructure before an incident occurs," states John Lauletta, CEO of Exacter and Commercialization Leader of the University of Akron Technology Partnership. "The sensors we've developed will lead maintenance personnel to the exact point on the rail system that is going to fail -- allowing them to perform predictive maintenance and mitigate future electrical outages and system failures."

In recent years, the nation's electric rail systems have experienced numerous electric system failures with catastrophic results. The partnership between The University of Akron, Exacter, Inc., and the transportation Research Board is commercializing sensors that provide predictive analytics to enable maintenance of the nation's aging electrical and transportation infrastructures.

The partnership has designed sensors to detect and pinpoint deteriorated electrical equipment such as insulators and cables used to operate electric rail systems before they fail catastrophically. The sensors use Radio Frequency (RF) emissions from deteriorated insulation and equipment to analyze the condition of the systems and are installed on trains and other critical parts of the system like the railway distribution system. When an emission meets the criteria for maintenance action, an alert is sent to maintenance teams.

A significant reliability and safety issue facing transit authorities is the failure of underground cables and conductors that interconnect the railway system and railway distribution system. These are a critical part of the infrastructure and are currently impossible to test on a regular basis. In response to this problem, the program has developed sensors that continuously evaluate the condition of cable insulation to avoid electrical faults and fires. The sensors pinpoint cables that will fail.

"If you are working to improve the reliability of the rail or subway system electrical infrastructure, we invite your collaboration," concluded Lauletta. "We have sensors that are ready to install and test on your rail cars and cables. We also have the flexibility to have our research and development teams customize some of the sensor designs to meet specific challenges or problems." John Lauletta can be contacted via email at Jlauletta@exacterinc.com or directly at 614-880-9320.

The University of Akron, Center for Advanced Vehicles and Energy Systems (CAVES) integrates electrical and transportation science and engineering principles, sensor technology, and knowledge of transit vehicle energy systems in applied research and education to preserve and enhance the existing electrical transportation infrastructure. 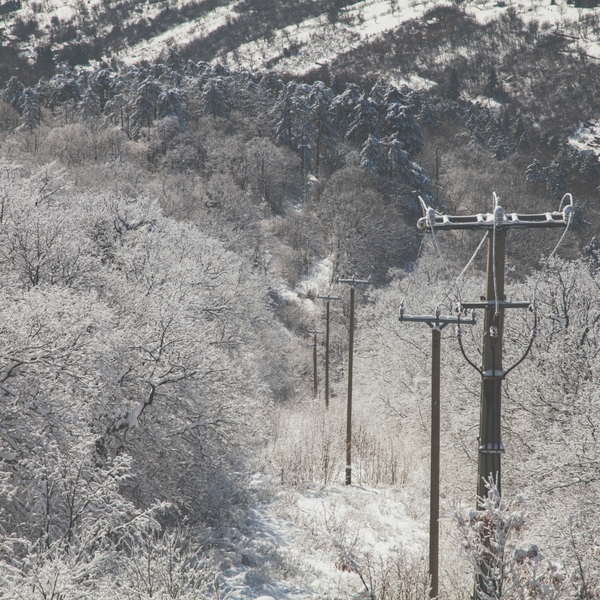