(NewMediaWire) - April 07, 2021 - US Nuclear Corp. (OTCQB: UCLE) has now proposed its unique automated, continuous, ultra-sensitive tritium-in-water monitoring system to Tokyo Electric Power Company (TEPCO) for the massive project of monitoring the safe release of the radioactive/contaminated water being stored from the Fukushima nuclear disaster.  There is currently a staggering 1.24 million tons of water containing radioactive tritium being held in more than 1,000 storage tanks across Fukushima -- and the 1.37-million-ton storage capacity will be full by 2022.  Japan aims to finalize plans and begin the water release before they run out of time.  US Nuclear believes their tritium water monitoring equipment will provide an effective method of continuously monitoring the release of the tank water and seawater in the area to ensure that the concentration of tritium is safe and does not pose any danger. 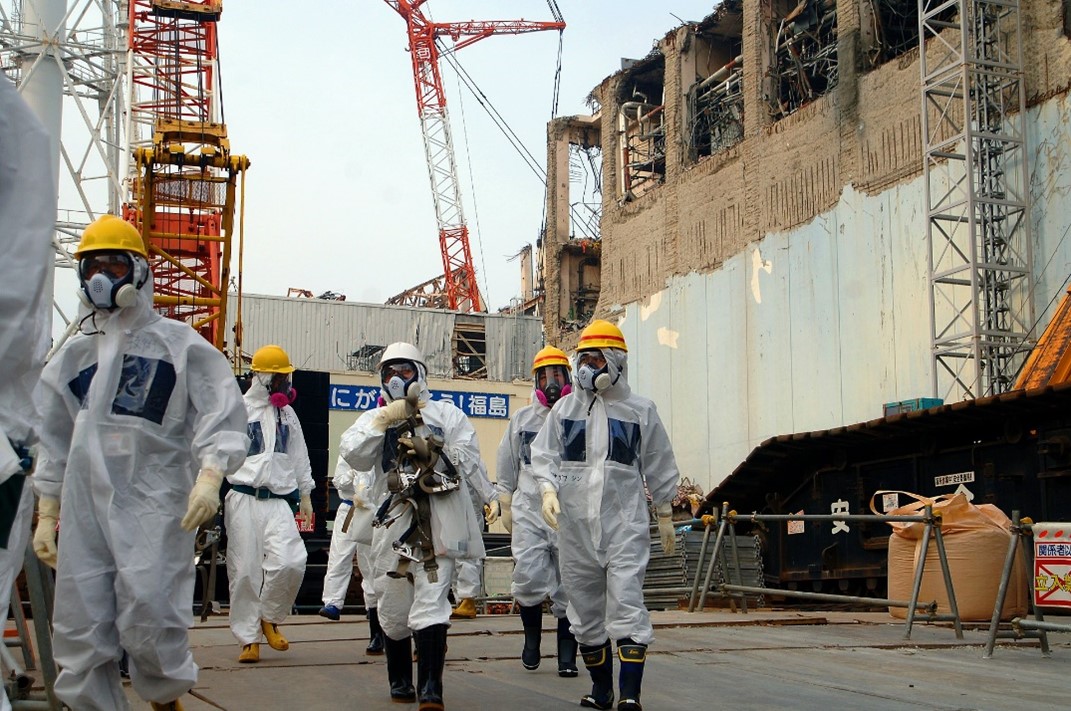 On March 11, 2011, a rare and powerful 9.0 magnitude earthquake was detected by the Fukushima Daiichi Nuclear Power Plant, which automatically shut down the reactor and started emergency diesel generators to power the pumps which would continue to cool down the fission reactor.  Unfortunately, a 14 meter (46 ft) high tsunami arrived shortly afterwards which swept easily over the seawall and flooded the plant and the emergency generators, causing the pumps and cooling to fail, leading to three nuclear meltdowns, three hydrogen explosions, and the release of radioactive contamination.  In the decade since the disaster, cooling water has been leaking from the primary containment vessels into the basements of the reactor buildings, with new water being pumped into the reactors to cool the melted fuel.  The cooling water is treated using an advanced filtration system to remove most all of the contaminants, but unfortunately it cannot remove the tritium contamination, which is why the water has been stored in tanks.

Japan’s current plan is to slowly release and dilute the tritium contaminated water into the sea, though this plan has been met with wariness by the local fishery industry as well as other nearby countries.  Japan is determined to resolve the issue in a safe and effective manner and recently reached out to the International Atomic Energy Agency (IAEA) on March 23, 2021 for help in reviewing how to safely release the contaminated water.

To help TEPCO effectively monitor the release of the water, US Nuclear has recently proposed their revolutionary Model Trimaran-H2O which is an automated, continuous fresh or seawater monitoring system capable of measuring tritium in water all the way down to 500 Bq/L (14,000 pCi/L), below the US EPA’s drinking water limit of 740 Bq/L or 20,000 pCi/L.  Except for US Nuclear, there are no other automated, continuous, and real-time tritium in water monitors on the market capable of measuring below safe drinking water limits for tritium due to the complexity of measuring tritium in water.  US Nuclear’s Model Trimaran-H2O utilizes an electrolytic separator and a special sample enrichment feature to iteratively concentrate the tritium and allow for ultra-low-level measurements not possible in other equipment.  Furthermore, the system operates using gas proportional counting technology, which is just as sensitive as traditional laboratory techniques using liquid scintillation counting, but does not produce any hazardous mixed waste or require expensive scintillation cocktail.

It is projected that it could take 30-40 years of continuous releases to safely discharge all of the Fukushima storage tank water.

Investors may find additional information regarding US Nuclear Corp. at the SEC website at http://www.sec.gov, or the company’s website at www.usnuclearcorp.com