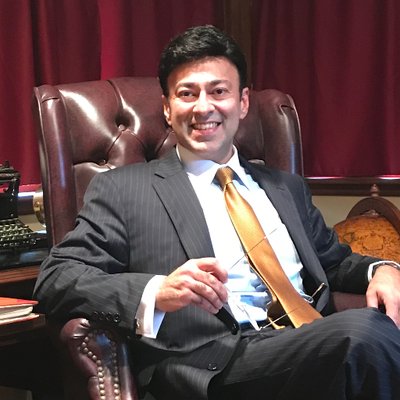 Under Dr. Maalouf’s leadership, Maalouf Ashford & Talbot has been honored as "Law Firm of the Year" in the United States, Dubai, Kingdom of Saudi Arabia, China, Lebanon, Bahrain, Brazil and the United Kingdom for 2020 in 92 different categories. In addition, Dr. Maalouf has been ranked as one of the Top 10 International Trade & Finance Lawyers in the United States for the past 15 consecutive years by the United States Lawyer Rankings 2006 – 2020 Editions.  Dr. Maalouf splits his time between the Firm’s New York City and Dubai offices.

“The British Virgin Islands International Arbitration Centre is pleased to welcome Dr. Maaloufand the other newest members to our distinguished panel of arbitrators,” said François Lassalle, the Centre’s Chief Executive Officer. “Their backgrounds span the practice of law from international trade & finance law, to art law to energy resources, and include an arbitrator from Norway for the first time. Together, they confirm the International Arbitration Centre’s focus on providing professionals whose legal, business and industry experiences meet the needs for diversity in both the cultural and linguistic arenas of the global community.”

The 10 new arbitrators represent nine countries, further expanding the skillset and diversity of the BVI International Arbitration Centre Panel. Now composed of more than 200 international arbitrators, the panel represents common law and civil law jurisdictions, and the arbitrators speak a broad range of languages, including Cantonese, English, French, German, Greek, Italian, Mandarin, Portuguese, Russian and Spanish.  In addition to Dr. Maalouf, the newest members of the BVI International Arbitration Centre Panel and their principal locations are:

The BVI IAC is renowned for offering a quality legal framework and a stable political environment as a British Overseas Territory. Many business executives in emerging industries benefit from resolving disputes in the BVI, because of the flexible rules that govern the region and its openness to trying new ideas and procedures.

The BVI IAC was established to meet the rapidly evolving dispute resolution needs of arbitration users worldwide. The Centre meets the demands of the international business community for a neutral, impartial, efficient and reliable dispute resolution institution in the Caribbean, Latin America and at the cross-roads of the Americas. The BVI offers a quality legal framework and a stable political environment as a British Overseas Territory Party to the New York Convention. Users of the BVI IAC arbitration clause benefit from arbitration-friendly legislations that improve ease of business and support. The BVI IAC Panel includes arbitrators from over 40 countries, speaking more than 20 languages, and is one of the most gender-diverse panels in the world. Equipped with state-of-the-art technology and the flexibility to meet the unique requirements of any virtual arbitration, BVI IAC offers world-class facilities for conducting arbitral hearings. For more information, please visitwww.bviiac.org.

Guido Carducci is visiting professor of commercial law, international business law and art and cultural property law at Universite Paris II Panthéon-Assas IHEI. He is also an attorney in private practice in Rome and an arbitrator in London. Previously, he served as Chief, International Standards Section at UNESCO-Paris. Mr. Carducci is a Chartered Arbitrator, Fellow and Faculty of the Chartered Institute of Arbitrators and a member of the ICC Commissions on Arbitration and ADR. He has served as an arbitrator under the Rules of the International Chamber of Commerce, UNCITRAL, European Court of Arbitration, Milan Chamber of Commerce and the Court of Arbitration for Sport. He speaks English, French, Italian and Spanish.

Erlend Haaskjold is a partner in the dispute resolution and construction department at Arntzen de Besche in Oslo; he heads the international arbitration practice group. His practice focuses on contract law and private international law. He also lectures on commercial law at the Law Faculty of the University of Oslo. Previously, he was in private practice in Oslo and was the Attorney General (Civil Affairs). Mr. Haaskjold has served as counsel and mediator ad hocin civil and commercial disputes and is a Permanent Mediator at the Norwegian Court of Appeal and the Oslo City Court. He also is the Chair of the National Mediation Board for Intellectual Property Disputes. He speaks English, French, German, Norwegian and Spanish.

Jennifer Haywood is a barrister at Serle Court Chambers in London, with a traditional and commercial chancery practice focused on litigation and breach of fiduciary duty, company, partnership, trusts and probate and fraud. Ms. Haywood is a fellow of the Chartered Institute of Arbitration and has received accreditation as a mediator by the Centre for Effective Dispute Resolution. Her arbitrations have largely involved partnership/LLP disputes. She speaks English.

Dr. Maalouf is Senior Partner of the international law firm Maalouf Ashford & Talbot, LLP. His practice is focused on international trade and finance law, International arbitration, mediation and alternative dispute resolution, litigation, corporate, banking, mergers and acquisitions, energy, oil and gas, and intellectual property. Dr. Maalouf has served as an arbitrator on over 70 cases around the globe, and is a distinguished arbitrator with 15 arbitration centers worldwide including: the United Arab Emirates, United States, United Kingdom, Australia, Bahrain, British Virgin Islands, Canada, Hong Kong, South Korea, Switzerland, and The Netherlands. Under Dr. Maalouf’s leadership, Maalouf Ashford & Talbot has been honored as "Law Firm of the Year" in the United States, Dubai, Kingdom of Saudi Arabia, China, Lebanon, Bahrain, Brazil and the United Kingdom for 2020 in 92 different categories. In addition, Dr. Maalouf has been ranked as one of the Top 10 International Trade & Finance Lawyers in the United States for the past 16 consecutive years by the United States Lawyer Rankings 2005 – 2020 Editions.  Dr. Maaloufsplits his time between the Firm’s in New York City and Dubai offices.

Carol Roberts is an attorney in private practice in Vancouver, with a focus on administrative and constitutional law and human rights, as well as property assessment, employment, personal injury, forestry, sports and workers compensation. She received her Chartered Arbitrator designation from the ADR Institute of Canada. Ms. Roberts has served as an arbitrator and mediator for the Sport Dispute Resolution Center of Canada, International Court of Arbitration for Sport, Vancouver International Arbitration Centre, United Kingdom Sport Resolution and the World Triathlon Corporation Anti-Doping Panel. She is a panelist and member at several other mediation and arbitration centres. She speaks English. 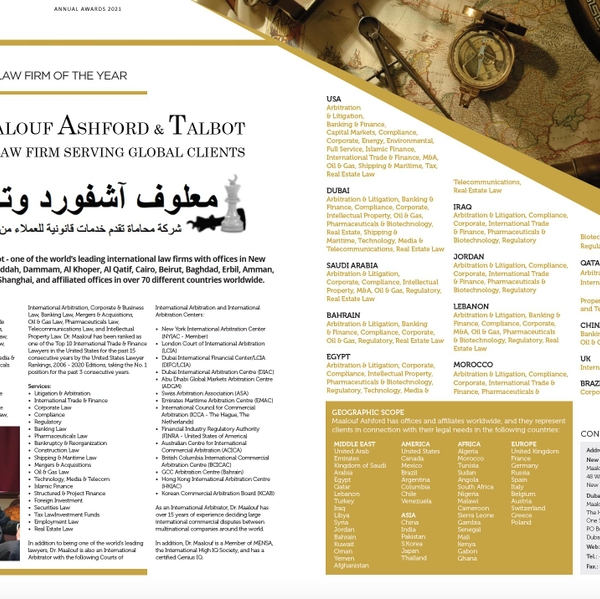 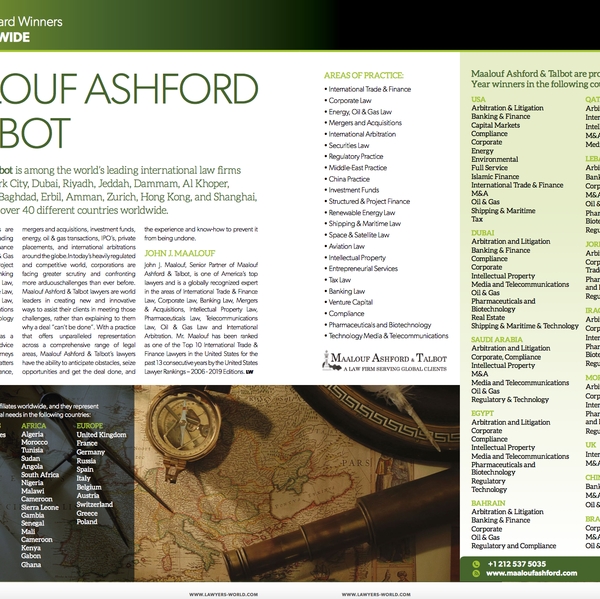 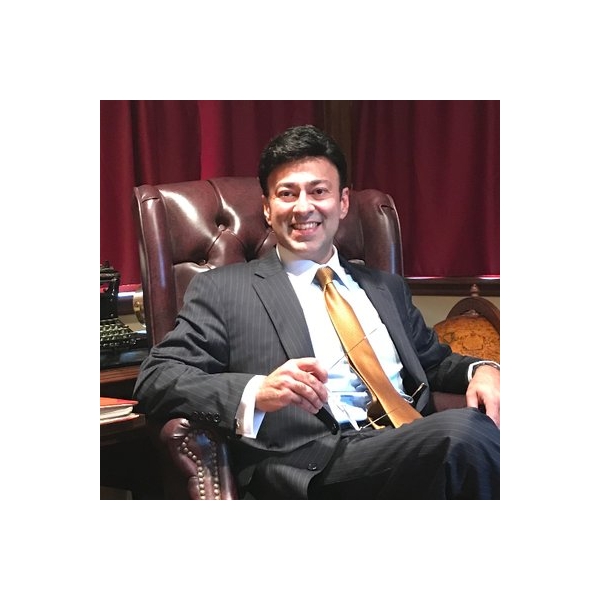