(NewMediaWire) - April 29, 2021 - ILUS International Inc is a Mergers and Acquisitions company focused on acquiring and developing technology-based companies globally. In addition to the 3 successful acquisitions already completed in 2021, Ilus has also entered into several Technology Partnerships, Joint Ventures and Memorandums of Understanding with companies whose innovative technology is disrupting their respective industries and which complements the Ilus strategy and vision. In line with this, one of Ilus’ acquisitions, FireBug, entered into a Memorandum of Understanding with Milanion Group in February 2021, for the purpose of developing an Autonomous Firefighting Vehicle based on the existing Milanion Agema Unmanned Ground Vehicle (UGV) platform and for the purpose of joint cooperation on global projects and opportunities. Ilus is excited to announce the final stage of its Unmanned Firefighting Vehicle (UFV) development with the UFV being based on Milanion’s existing AGEMA UGV platform. The revolutionary autonomous firefighting vehicle has been developed as part of a collaborative effort to create an unmanned fire and rescue solution for fire and rescue, military and specialist commercial applications. 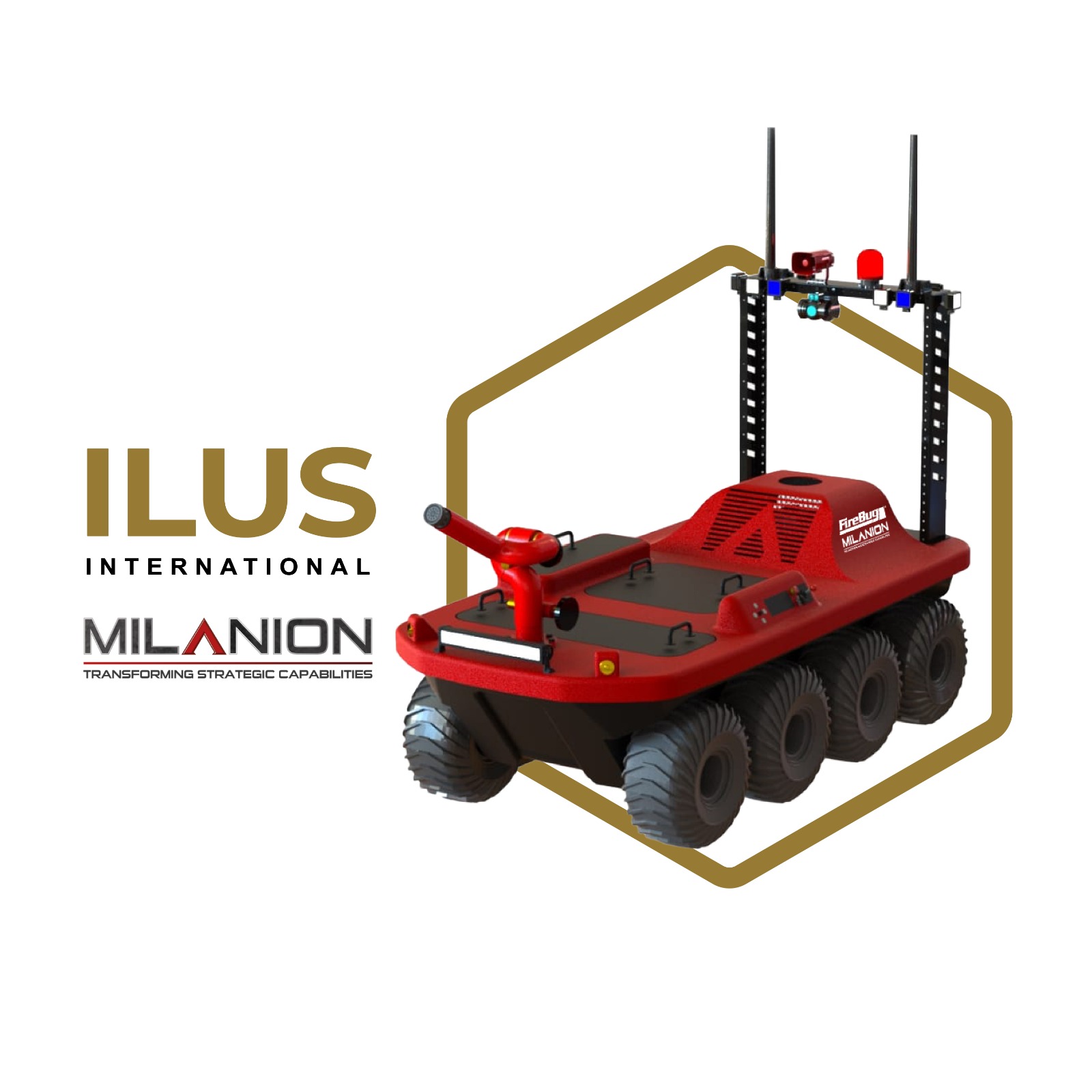 Milanion Group LLC, a United Kingdom and United Arab Emirates based company, is a recognized market leader in the design, development, and manufacture of unmanned systems. Milanion Group’s autonomous technology platform solutions are aimed at providing end-users with systems and services that are able to meet their operational requirements. The company has already delivered numerous Autonomous Technologies for land, water and air with each solution being capable of making independent decisions based on real-time data collection and analysis with built-in interoperability for control of additional payloads and systems. The autonomous vehicles already developed and delivered by Milanion include its modular AGEMA UGV, which is capable of supporting infantry, marine and special forces units in a mounted or dismounted role as well as its Unmanned Sea Vehicle (USV), which can be used for Surveillance, Target Acquisition and Reconnaissance with modular, operational payloads to assist in commercial and military maritime missions. With Milanion’s technology already in use across global defence, security and maritime sectors, now in conjunction with FireBug, the technology will be made available to the Emergency Services and Commercial sectors.

We live in a complex and volatile world and there has never been a greater need for the transformation of the strategic capabilities by those tasked with the safety of a nation and its citizens through the use of technology. Both public and private sector organizations face constant threats to safety such as natural disasters, oil spills, wildfires, building fires, chemical explosions and so much more. These organizations are tasked with providing effective and cost-effective solutions for preventing and managing a very wide array of possible incidents. Remote and inaccessible locations only add to the extraordinary challenge already faced by organizations who are required to with conventional firefighting technology, delivering this capability means that a fire station with trained firefighters needs to be placed at all key locations. Traditional firefighting vehicles require a minimum of 2 firefighters for operation but normally between 4 and 7 firefighters and in addition to this, most firefighting vehicles are not capable of rapidly tackling the rugged terrain in some areas. Adding air support is helpful, but only drives up the operational cost.

The UFV developed by FireBug and Milanion will play a vital role in delivering the surveillance and emergency response services for public and private sector organizations in remote and inaccessible areas or locations where it is not viable to provide trained personnel on a 24/7/365 basis. The UFV can be deployed to monitor areas and determine risks in order to prevent incidents, but can also respond in the event of an incident, whether it is required to extinguish a fire which has just started or deliver equipment in an area where a large firefighting vehicle cannot gain access. The UFV will also be used to surveil perimeters, pipelines, roads and facilities in remote or unmanned locations, with the ability to detect and respond as required.

The UFV houses the very latest in Video Surveillance, Analytics, Mapping and Reconnaissance Technology to provide situational awareness and threat detection for operators. Camera payloads are primarily used to collect data and send live video and audio to the Ground Control Station (GCS). The vehicle’s Autonomous Operating System can interface with any 3rd party devices and platforms to support a range of operations, controlled remotely. The UFV can also house a deployable drone (UAV) to provide aerial surveillance when required. The vehicle is equipped with an integrated water tank, foam tanks, water mist firefighting monitor and a foam monitor, each of which can be deployed depending on the fire type and controlled remotely from the GCS. Finally, the vehicle is equipped with multiple secure storage and loading bays for the delivery of rescue equipment and/or supplies as required. The UFV is already being considered for the monitoring of a large oil pipeline in the Middle East, where it will provide surveillance and use its onboard video analytics capability to detect threats such as faulty expansion joints or leaks and provide rapid response capability for both fire and rescue where necessary.

Nick Link, CEO of Ilus, said the following: “Our team have worked hard on developing this one-of-a-kind autonomous firefighting vehicle which will be a total game changer in certain scenarios where access is limited or the location is remote. This technology is vital for our industry and for many of our existing customers. We are really excited to be working with Milanion and launching this new vehicle soon.”

Ilus has developed the prototype of its first Unmanned Firefighting Vehicle which is going into final construction and testing. Individual components of the vehicle have been successfully tested such as the autonomous vehicle operation, surveillance and analytics systems and the remotely controlled firefighting systems so the team is moving towards testing all the systems when integrated and this will be followed by live scenario and reliability testing. Ilus expects to launch the Unmanned Firefighting Vehicles to the market through its global distributor network in the fourth quarter of 2021. The team also plans to develop an autonomous version of its existing E-Raptor Electric Utility Vehicle for release in early 2022.

For further information on the ILUS group of companies, please see their respective communication channels. 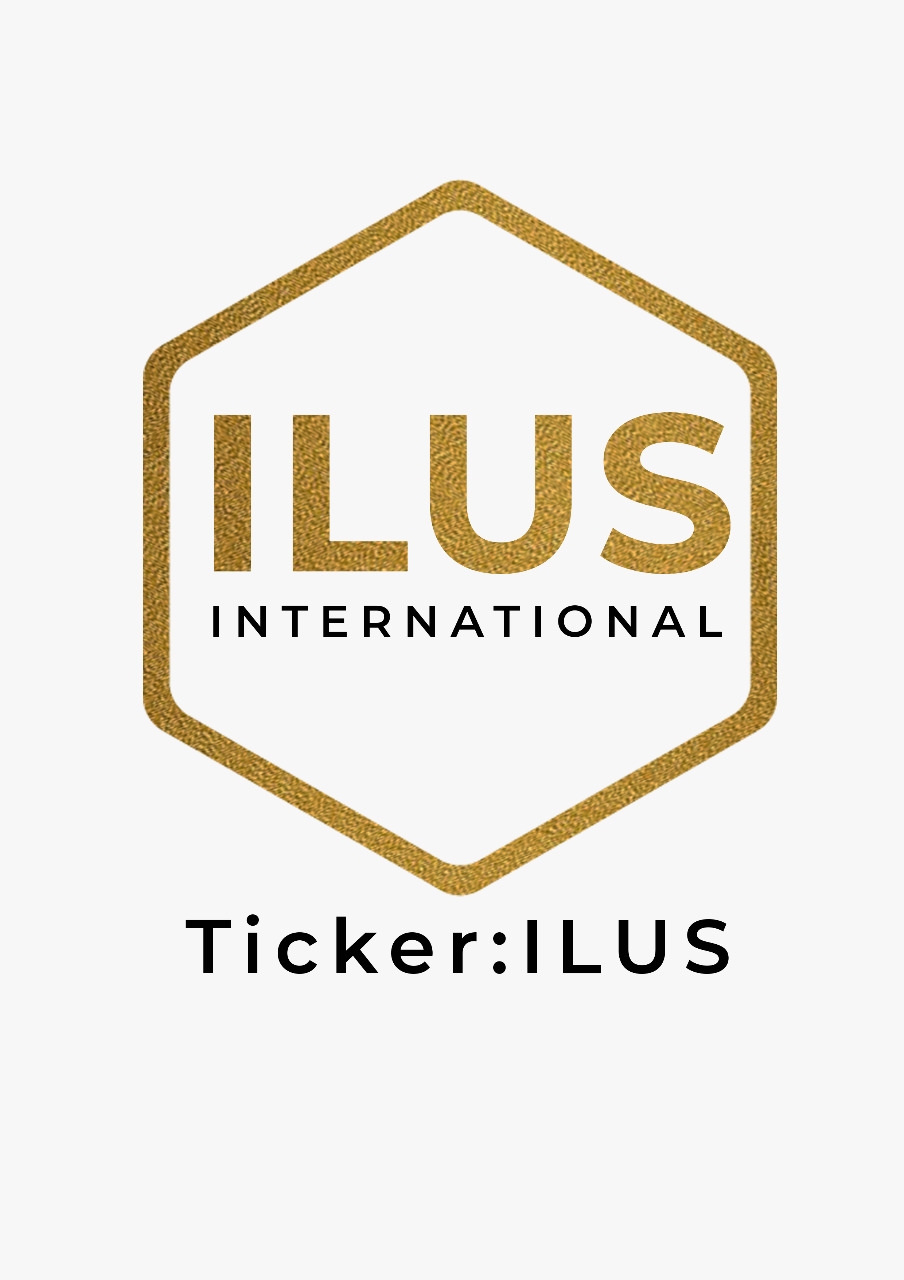