(NewMediaWire) - Albuquerque, N.M. - June 30, 2022 - An international team of scientists has developed an accurate record of preindustrial sea level utilizing precisely dated phreatic overgrowths on speleothems that provide a detailed history of Late Holocene sea-level change in Mallorca, Spain, an island in the western Mediterranean Sea. The results provide an unprecedented picture of sea level over the past 4,000 years, putting the preindustrial and modern global mean sea level (GMSL) histories in context.

The research titled, Exceptionally stable preindustrial sea level inferred from the western Mediterranean Sea, was published as a cover story in the latest issue of Science Advances. The collaboration involves several U.S. and international scientists, including lead author Bogdan Onac from the University of South Florida, the University of New Mexico scientists Yemane Asmerom and Victor Polyak, scientists from the University of Balearic Islands (Spain) Joan Fornós, Joaquín and Angel Ginés and Harvard University scientist Jerry Mitrovica, among others.

Previously the team published a paper in the journal Nature on sea level during a very warm interval in Earth’s history, an analog to future uncontrolled warming, about 4 million years ago, showing that sea level rose above 23 meters compared to present-day sea level.  In addition, they published work from the last interglacial period, about 127,000 to 116,000 years ago, when the sea level was as high or even higher than the present-day sea level. 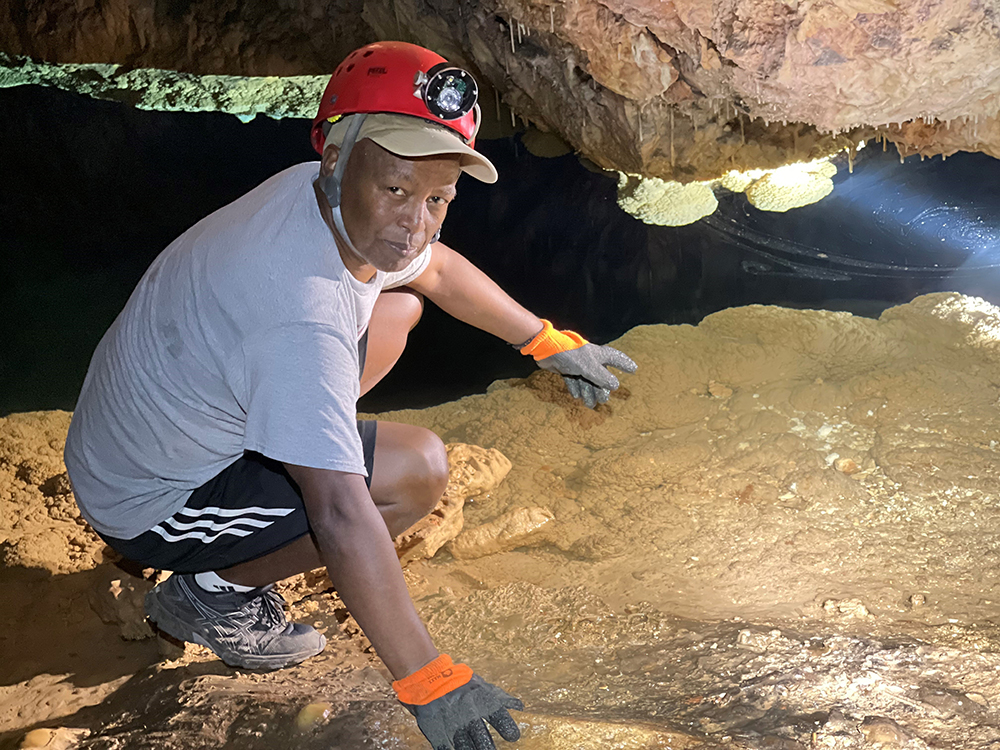 “Our previous efforts were to basically document what sea level was doing during the last interglacial about 120,000 years ago when climate was this warm and this favorable,” said Asmerom, a Distinguished Professor in UNM’s Department of Earth and Planetary Sciences. “We showed that there was some change during the last interglacial, but not as dramatic as people had previously thought. The critical question is what was sea level doing during the last 4000 years of this current interglacial, allowing us to answer the question “is the industrial period rapid sea rise natural or is rise owing to greenhouse gas warming?”

The latest contribution sets out to answer that question. To do it, the researchers needed an accurate measure of the mean global sea level over the same period, which had been lacking to date.

“This requires a collaborative international effort in which the speleothem samples were collected from coastal caves, accurate dates were measured in laboratories, and statistical analyses/modeling were generated, all of which were compiled to reach compelling conclusions,” said Polyak.

The absolute position of relative sea level is determined from uranium-series ages obtained on phreatic overgrowth on speleothem (POS) samples. The POS grow precisely at the seawater-air interface and are thus accurate indicators of sea level during any growth period.  In this study the Late Holocene (the past 4,000 years) sea-level estimates are based on 136 new, precise uranium-series dates of 13 POS samples obtained from eight caves along the southern and eastern coastline of Mallorca.

This island sits in a geologically stable region, away from any of the major tectonic boundaries in the western Mediterranean basin. The absence of significant earthquake activity in historical times and minimal vertical motions since the upper Miocene suggest that Mallorca represents one of the most tectonically stable regions in the western Mediterranean Sea. To translate the relative sea-level values to global values, the group used the latest sophisticated glacial isostatic adjustment (GIA) models and high-resolution seismic data to constrain the viscosity of the underlying mantle of the Earth and model the movements of the Earth’s crust in relation to growing and shrinking ice sheets.

“Getting a precise measure of sea level has been a challenge. We were lucky enough to get this amazing set of samples that span the full 4,000 years," said Asmerom. "The data showed that sea level was remarkably stable for most of the 4000 years, except for a sudden jump of about 0.25 meters between 2,830 and 3,200 years before present. We show that modern GMSL rise is anomalous relative to any natural variability over the past 4,000 years, including the rise at ~3000 years ago. The current rate of sea-level rise is about six times higher compared to the rate during the jump 3,000 years ago, and is likely driven by greenhouse gas warming”,

The team found that sea level rose locally by 0.12 to 0.31 meters during the timeframe of 3.26 to 2.84 thousand years ago and remained within 0.08 m of preindustrial levels from 2.84 thousand years ago to the year1900 CE (Common Era). This sea-level history is consistent with glacial isostatic adjustment models adopting relatively weak upper mantle viscosities. There is virtual certainty from this research that the average GMSL rise since 1900 CE has exceeded even the high average rate of natural sea-level rise ~3,000 years ago inferred from the speleothem record.

“One of the biggest obvious unknowns about the future is how much global real-estate we are going to lose to global warming and how fast it could happen,” This has existential implications for many island nations, in addition to the significant increase in tidal floodings and saltwater incursion into coastal aquifers and estuaries.  Nearly 40 percent of the world population lives within 100 km of a coast”, said Asmerom.

“Although these are significant findings, many aspects of sea-level change need further exploration and these are available in speleothems from Mallorca and other sites globally,” said Polyak, a UNM research scientist. “As a result, the UNM, the University of South Florida, and Harvard University team have been awarded a new National Science Foundation Grant to expand the work globally.” 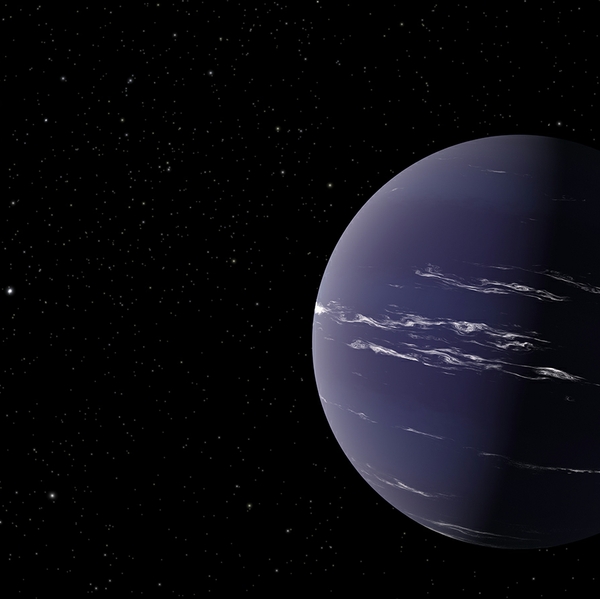 Scientists discover new exoplanet with an atmosphere ripe for study 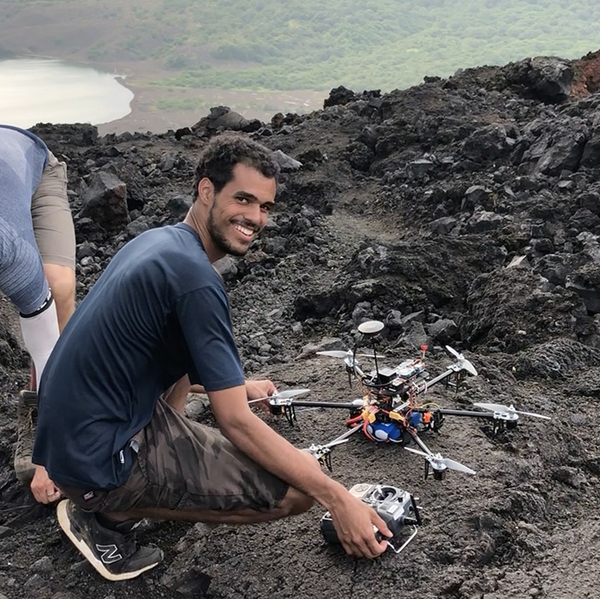 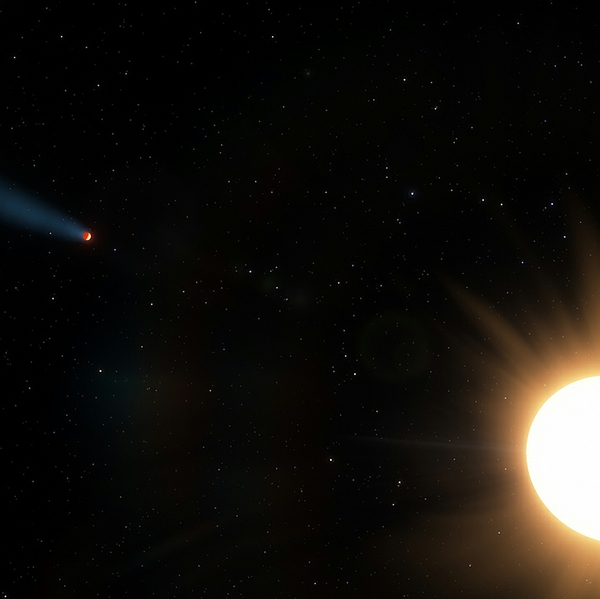